1926 is considered the year of birth of women's volleyball in the Moscow city organization "Dinamo". At first, this sport was cultivated only in divisions-collectives of physical culture, where already began to appear remarkable athletes. So, at the USSR championship in 1934, as part of the national team in Moscow, the national champion was dinamovka Ella Mitsis, better known in sports as a first-class track and field athlete.

In 1940, the Dinamo team entered the all-Union arena for the first time and took 7th place in the USSR championship.

In the post-war years, a great role as an organizer and coach belongs to a wonderful man, a true Dinamo, Nikolai Benderov. Dinamo's victories at the USSR Championships in 1947, 1951, 1953, 1954, and 1955 and at the USSR Cups in 1950, 1951, and 1953 are associated with his name. They were won by athletes already well-known at that time, among whom Alexandra Chudina, Serafima Kundirenko, Vera Ozerova, Valentina Dushechkina (Siluyanova), Lidia Strelnikova, Tatyana Dobrodeeva, Sofia Vinogradova (Gorbunova), Antonina Ilina, Tatyana Stangrit, Liliya Kalenik (Konovalova), Zinaida Kuzkina (Smolyaninova), Galina Kozlova (Volkova), Natalia Pshenichnikova (Barsukova) were particularly prominent.

Stable success of the team in these years was ensured by powerful attacking actions across the entire width of the net by A. Chudina, V. Ozerova, S. Gorbunova, a tight block, excellent passes by T. Stangrit and L. Strelnikova.

From 1957 to 1965, the team was coached by Serafima Kundirenko, who continues the club's glorious traditions.

In 1960 and 1962, Dinamo again won the championship titles and entered the international arena for the first time, becoming participants in the European Champions Cup. The team composition is being updated, and young athletes who have finished performing are being replaced. Among them, especially noteworthy are Lyudmila Meshcheryakova (Buldakova), Valentina Karpova, Marita Aven (Katusheva), Larisa Nazarchuk (Petrenko), Lyubov Yevtushenko (Tyurina).

The team has won the European Champions Cup three times (1961, 1963, and 1965). Two athletes-Marita Katusheva and Galina Volkova-were awarded the title "Honored master of sports". The playing line-up is replenished with new pupils of the "Young Dinamo"team. The team of girls born in 1949 (coach Sedova Iraida) wins the all-Union championship and delegates to the team of masters Larisa Andronova, Irina Gradoboeva, Natalia Kochnova, Larisa Chausova and others. It should be noted the positive work of the public body of the volleyball section, which was headed by General Pavel Gromushkin for several years, and was assisted by Konstantin Melua, Alexey Siluyanov, and Liliya Konovalova.

Since 1966, Anatoly Sarkisov has been working as a senior coach with the team. Under his leadership, the team won the European Champions Cup in 1968, defeating the Soviet champion CSKA team in the final with a score of 3: 0 and 3: 2.

In 1969, the team was taken over by Givi Akhvlediani, the head coach of the national women's team. The main role in attracting such a specialist to "Dinamo" belongs to the Deputy Chairman of the MGS "Dinamo" Vladimir Baltadzhi, who headed the USSR volleyball Federation at that time. G. A. Ahvlediani has high goals – the team should become the leading club in the country.

The team includes the Champions of the Olympic games in 1968: Nina Smoleeva (Nikitina), a pupil of the team in Almaty, and Rosa Salikhova, a resident of Sverdlovsk. Antonina Ryzhova moves from CSKA. The tactics of the game are changing. Dinamo players are one of the first to focus on improving technical skills, skillfully using high-speed transfers of connecting players to destroy the enemy's group block. The team is characterized by high game discipline and combative character. While working with the G. A. team. Akhvlediani players achieve the highest sports results, winning 6 times the USSR championship (1970-1973, 1975, 1977) and 7 times winning the European Champions Cup(1969 - 1972, 1974, 1975, 1977 years). The main team consists of new players – dynamovka from Krasnodar Zoya Yusova (Kosacheva), Muscovites Tatyana Tretyakova (Ponyaeva), Olympic champion who moved from CSKA, Tatyana Talina (Sorokina, Korasaeva) and Lyudmila Kosovschuk (Olisova) and Lyudmila Shchetinina, pupils of Dinamo coach from Kaliningrad Mikhail Lenshin, Larisa Bergen from Almaty, Nina Muradyan from Yerevan, Nadezhda Fedotova (Borodiychuk) from Riga, Lyudmila Borozna (Zhigili) Olympic champion from Leningrad, from Kaunas Marion Batutitte. Here is how Givi Akhvlediani himself estimated that period: "In those glorious years, Dinamo preferred high-speed volleyball. Many combinations were created, mainly in the center of the grid, where Nina Smoleeva and Roza Salikhova looked especially interesting, and later Luba Tyurina appeared in this role. Fortunately, the programs performed by Lyudmila Buldakova, Zoya Yusova, and after them Nina Muradyan were of high quality and allowed us to put our ideas into practice. By the way, I transferred this game to Dinamo from my experience with the men's national team of the country. I tried to make sure that the team had several effective game options in each arrangement, which is why they came up with different combinations."

In 1976 and 1982, the team was led by Galina Volkova. In the year of the Olympic games, the Moscow team "Dinamo" was created as a team of the society, which took third place at the interdepartmental championship of the USSR, playing without players delegated to the national team (L. Bergen and N. Smoleeva). In 1982, the team also claimed medals until the last round, but ended up in 4th place.

Starting from the last round, Mikhail Omelchenko started working with the team as a senior coach. By this time, the team was significantly rejuvenated, almost all the leading volleyball players finished their performances, but a completely new team managed to win the national Cup in the fall and become the first in the championship next season. The team played for: Nadezhda Fedotova (Borodiychuk), Lyudmila Bazyuk, Irina Maslova, Marina slepneva (Kolosova), Lyubov Golovanova (Ivanova), Lyubov Kozyreva, Natalia Starshova (Razumova), Natalia Korneeva (Zhalnina), Brigita Raschevskaya, Irina Maksimova, Marina Savinova and Luisa Dianova. The next ascent of Dinamo to the podium had to wait 22 years.

The last Dinamo Olympic champion was Tatyana Krainova at the 1988 Olympics in Seoul.

In the difficult post-perestroika times for the country, the team was no longer able to perform at a high level. At the end of the 1988-1989 season Dinamo, having taken the 11th, penultimate place, leaves the Top League. The team played in the second division for three more seasons, and temporarily ceased to exist in 1992. 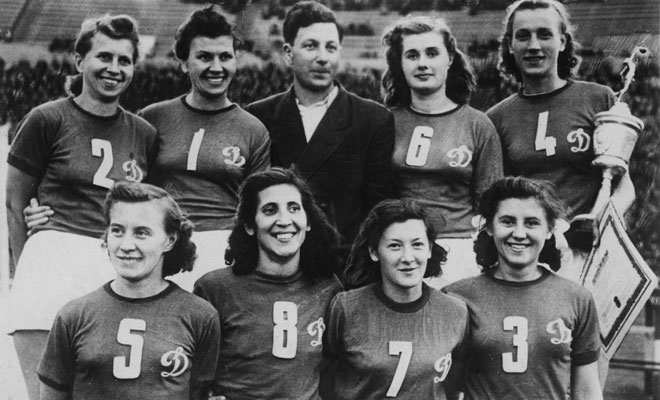 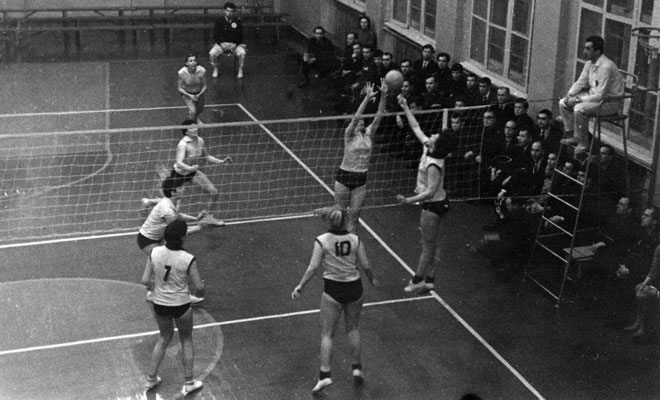 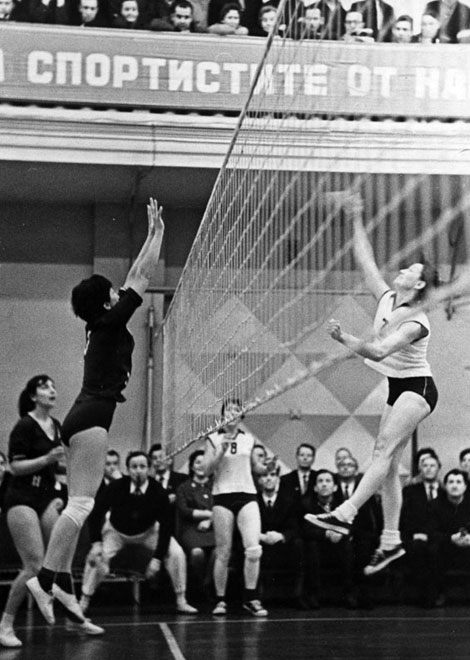 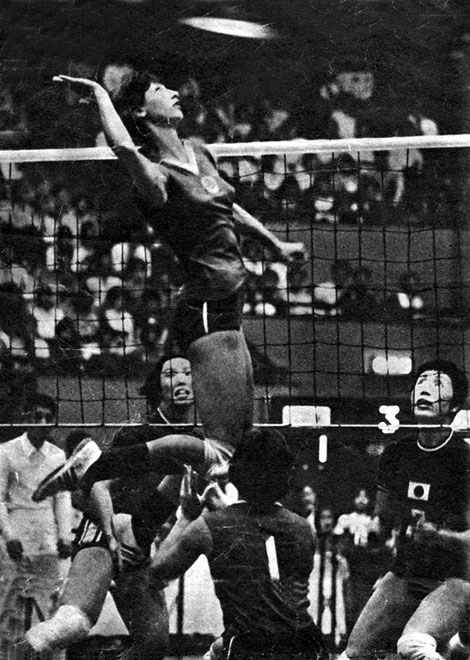 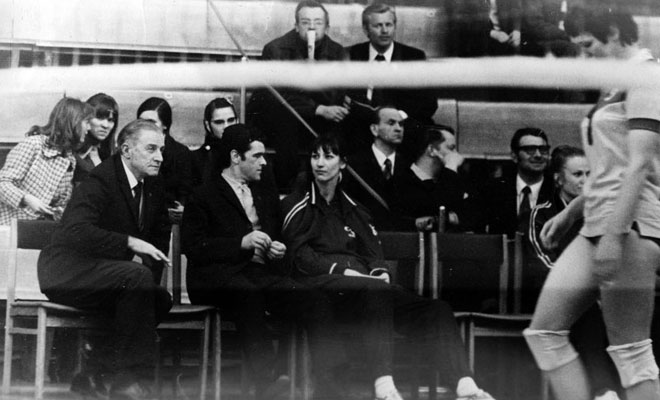 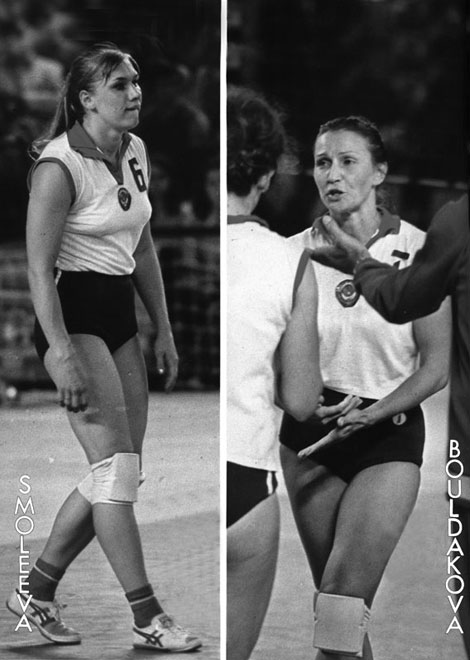 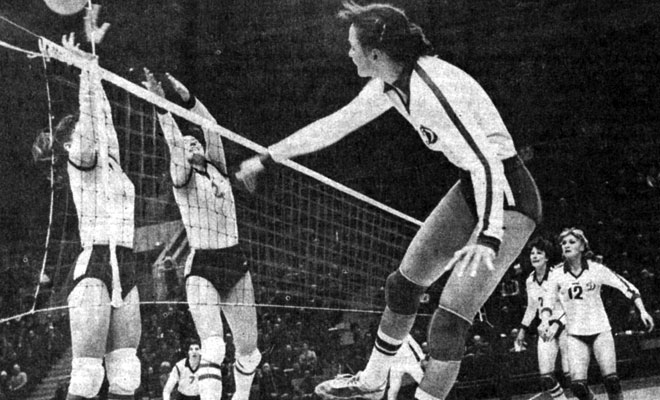